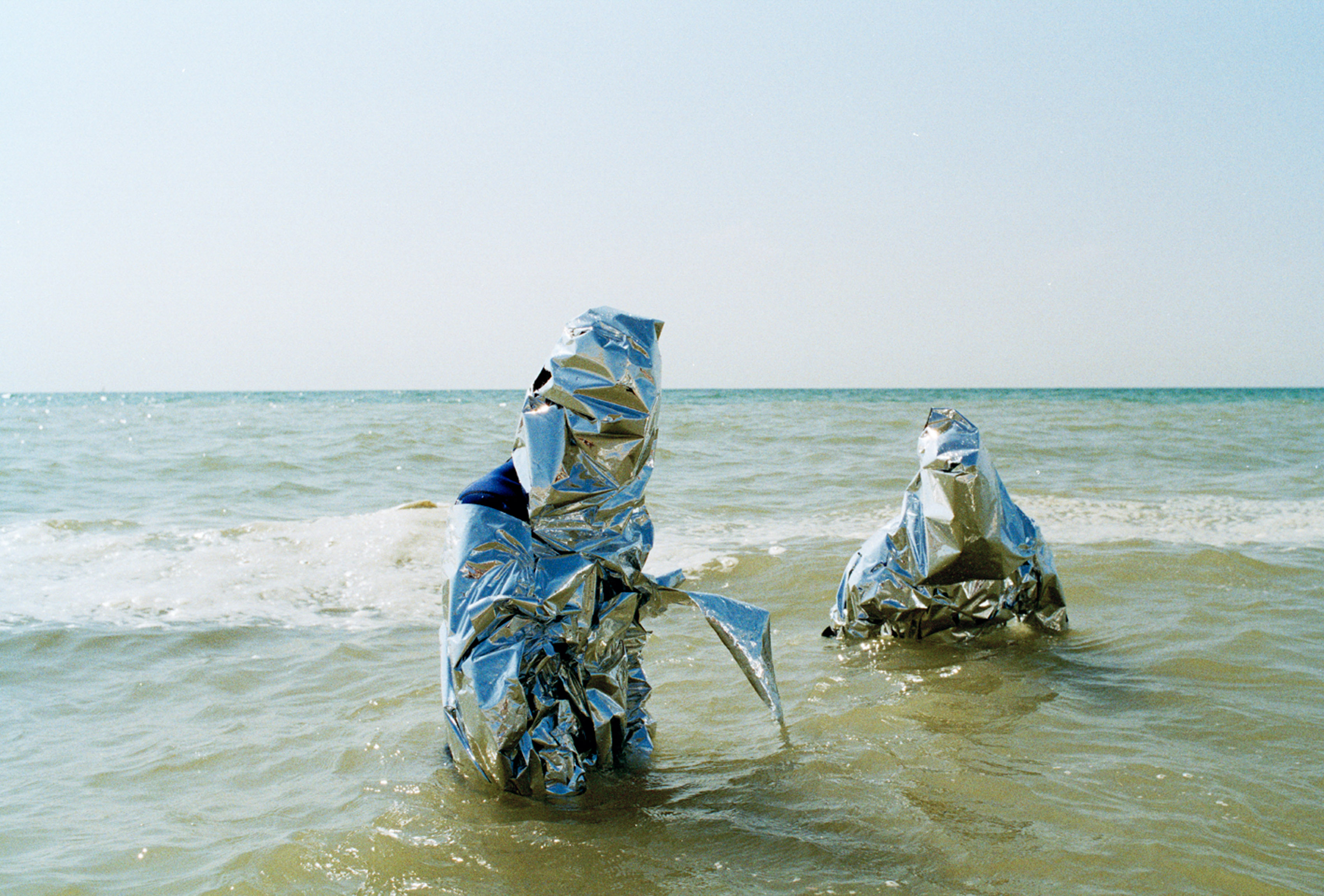 Luísa Mota is interested in archetype as a component of the collective unconscious. She explores, therefore, the symbolic system that defines common behaviour patterns. As such, the representation of the phenomena that articulates the individual and society constitutes the subject matter of her practice. With this in mind she develops a series of works and characters that inhabit her performances and that are in-current to the socio-cultural needs of the places where she exhibits/produces her work.

The characters tend to develop a behaviour and appearance of their own that have been shaped by their “imaginative” history and that fit the larger narrative of her work. The ‘Invisible Men’ for example, are completely covered from head to toe in a silvery suit, and often appear in the urban city in parades and processions. These characters tend to represent the proletariat and a reference to social invisibility and protest.